It is possible that sometimes you have seen it written with the initial in uppercase and sometimes with the initial in lowercase. The word “bitcoin” receives different meanings depending on its spelling. This is a very common confusion, especially when you get into the crypto language for the first time.

Once you have read this quick and simple explanation about the difference between Bitcoin with uppercase and bitcoin with lowercase, you will never forget it.

Bitcoin – capitalized – refers to a whole complex digital blockchain system; a concept created in January 2009 – by a person or group of people – under the pseudonym of Satoshi Nakamoto.

Broadly speaking, this system consists of a transaction network based on blockchain technology that allows the management and transfer of the BTC cryptocurrency (bitcoin).

This network is decentralized (no government, financial institution or company controls it) and its code is free. Computers connected around the world make up this network controlled by the users themselves (or miners) where each data is registered, cryptographically protected and marked with a unique fingerprint, making it unrepeatable.

Therefore, Bitcoin refers to the entire system in general: the protocol and the payment network itself. And as a brand, it is written with the initial in capital letter.

bitcoin – with lowercase – is the virtual currency unit created by Bitcoin. The cryptocurrency with which it operates in the system, the unit of account. Without a doubt, bitcoin is the first success story of the application of Blockchain technology.

This unit, which is called like the blockchain network on which it is based, is abbreviated as a BTC when you want to buy cryptocurrencies.

Bitcoin is the network and bitcoin the cryptocurrency

Now that you have become familiar with the concept, and know the difference between Bitcoin and bitcoin, we encourage you to go one step further. Find out when the first bitcoin purchase in history was held. 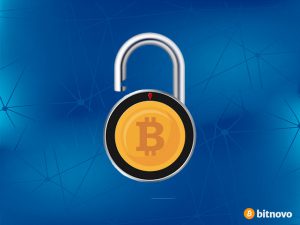