You have probably already heard of ‘market manipulation‘, not only in finance but also in cryptocurrencies. In finance it is the big traders and in the crypto universe the whales that often influence the behavior of securities, with the intention of making the market or a particular currency move as they wish and for their own personal gain.

In another post we analyzed one of the most common market manipulation tactics called “Pump And Dump”. This is a technique designed to increase the price of a stock or security quickly, with a speculator promoting the rise in the price of a stock that ends with its liquidation before its value decreases.

Today I want to tell you about another technique that is widely used by financial speculators and that targets large asset portfolios.

If you do not know what I am talking about, I will explain below what Spoofing is and how it can affect the financial and cryptocurrency markets.

What is Spoofing in financial markets and how does it work?

Spoofing is a deceptive practice of disruptive trading that consists of making offers to buy or sell futures contracts and canceling the offers before the execution of the agreement, creating a false image of demand or false pessimism in the market.

Futures are derivative financial contracts that obligate the parties to trade an asset at a predetermined future date and price. The buyer must buy or the seller must sell the underlying asset at the established price, regardless of the current market price on the expiration date.

The Swedish Financial Supervisory Authority (in Swedish, Finansinspektionen, FI) has defined Spoofing as:

“An order placement strategy that is intended to manipulate the price of an instrument, for example, by a combination of buy and sell orders.”

Spoofing is also known as “painting the tape”, an expression that dates back to when stock prices were transmitted via ticker tape. It involves traders placing buy or sell orders in the market at a specific price, but with no intention of following them.

So, by creating a false sentiment in the market, a trader can manipulate the actions of other market participants and change the price of a security. From reactions to price fluctuations, the spoofer can make a profit.

Spoofing in the cryptocurrency market 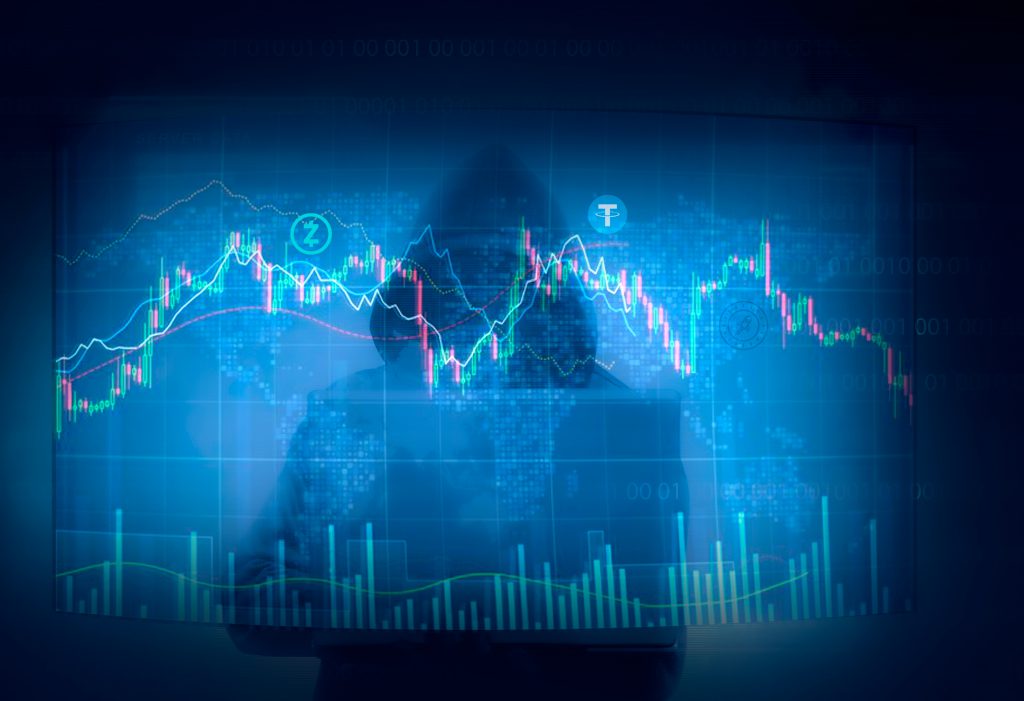 One of the characteristics of most cryptocurrencies is their volatility and the frequent fluctuation of their prices.

Bitcoin (BTC) is a classic example of how digital currencies can rise and fall in price from one day to the next.

If you were already following its trend, you will have seen how in December 2017 one BTC hit a record high of over $17,000 only to plummet to less than half that value just a few weeks later.

The rapid fluctuations that characterize cryptocurrencies have left room for fraudulent operations, such as Spoofing, whereby an attempt is made to influence and manipulate the price of a cryptocurrency by creating false orders.

This is a tactic used mainly by big whales and algorithms that intentionally want to manipulate the market for their own personal gain.

But how is Spoofing verified in the cryptocurrency market?

What a user notices is a large wall of buy or sell orders that seem to convey a strong market interest in a particular cryptocurrency.

This image from the trading platform hedgetrade.com, is an example of a fairly healthy buy/sell relationship for Bitcoin. In fact green shows buys (bids) and red shows sells (asks), indicating that the currency is strong and desirable and therefore traders are buying and selling at a fairly stable cost.

Let’s say the sales wall is higher as in the following image: 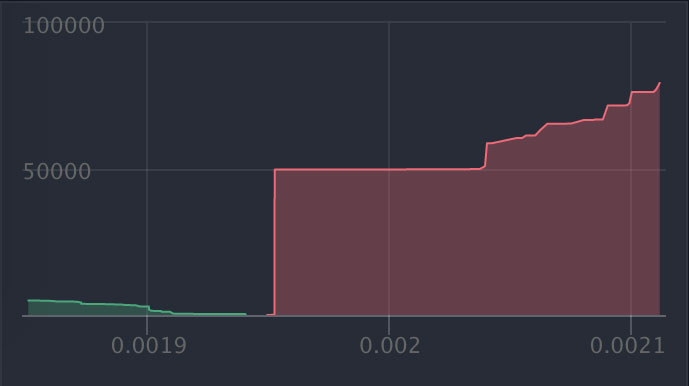 This could indicate a bearish signal because it seems that someone wants to sell a sensitive amount of bitcoin. Which will lead many crypto holders to sell their assets for fear that the price of bitcoin will suddenly drop.

This could be an example of Spoofing performed by a malicious trader who places a massive sell order for a crypto asset knowing that users who own a certain amount of this same asset, seeing this move as an alarm signal, will get rid of their cryptos. After having manipulated the market, the trader will cancel all the sell orders he has placed.

With the advent of trading algorithms and exchange APIs, much of the spoofing today is done through bots.

These are bots developed to interact with exchanges and place orders.

An example of such bots is the one that was engaged in ‘painting’ the market with counterfeit orders during the bullrun in December 2017 and for this was dubbed “Picasso”.

In fact it is very likely that the larger whales have trading bots that have API access and whose speed gives them an execution advantage.

Since spoofing is a form of market manipulation, it is considered an illegal practice.

In the United States, it is considered an illegal activity and a crime under the Dodd-Frank Act of 2010. The U.S. Commodity Futures Trading Commission (CFTC) is an independent agency that oversees such activities in the futures markets.

How to protect yourself from Spoofing?

It is not easy to discover a spoofing attempt with cryptocurrencies and, as I have shown you in the previous paragraphs, what can make us suspect such manipulation are the buy and sell walls of the order books, although it is difficult to verify that these movements are legitimate.

Therefore, the best way to protect yourself from Spoofing is to take preventive measures that will prevent you from entering into a possible fraud and becoming a victim of manipulation.

Finally, remember that if your strategy as an investor is based on holding cryptocurrencies waiting for them to rise in price in the long term as we explained in the article What is Holding, it is less likely that massive buying or selling walls will make you suspicious of any attempt to manipulate the market.

However, you have to be very careful and always keep your eyes open. And, in case of doubts and little experience in crypto-investments, you’d better get advice from an expert hand. 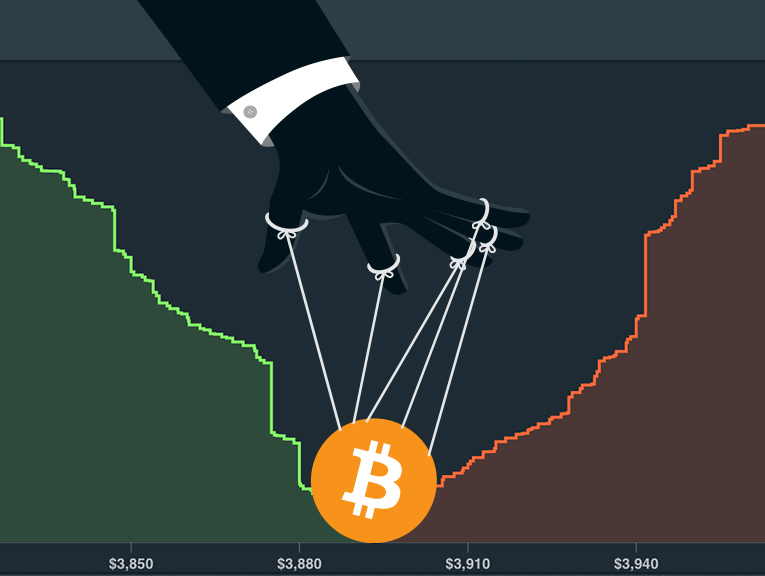 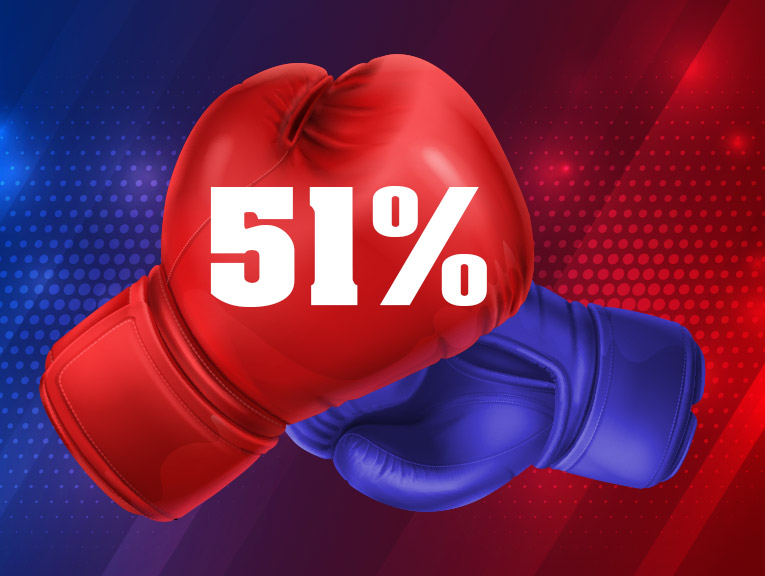