Skip to content
When I hear about what Sia’s Skynet is, I automatically remember the artificial intelligence that leads the army of machines in Terminator.
Maybe I’m a little big, I know. I prefer to believe that I simply have a good memory.
For those who are very young, in Terminator (a movie) Skynet was an artificial intelligence that was in control of all U.S. military equipment, independent of humans.
But that old Skynet, doesn’t have much to do with this new Skynet of Sia, except that they have been inspired by the name.
Sia’s Skynet is a service that allows data to be stored in a distributed and encrypted manner on Sia’s blockchain, without the obligation of having to download specific software.
Let’s explain it a little better, so that you understand this revolution for data storage.

In order to understand where the concept of the new Skynet comes from, it is necessary to understand what Sia is.
In a few words, Sia was born with the purpose of allowing users to receive money for lending part of their hard drive to other users. In other words, you as a Sia user can “rent” part of your disk space to other users who pay you for that space at Siacoins.
Siacoin uses the Proof of Work algorithm, meaning that it can be mined and the project is open source, but behind it is Nebulous, Sia’s parent company, which earns a small commission for each storage contract between users.
Sia’s network was established in 2015 and according to Nebulous CEO David Vorick, the platform already has between 1,000 and 2,000 users.
Between them, they have surpassed 4 petabytes (PB) of storage.
Petabytes? Yes, you read right. To give you an idea, one petabyte is equivalent to 1,000,000,000,000 bytes.
Let me know if you can read that figure, because I have not been able to. 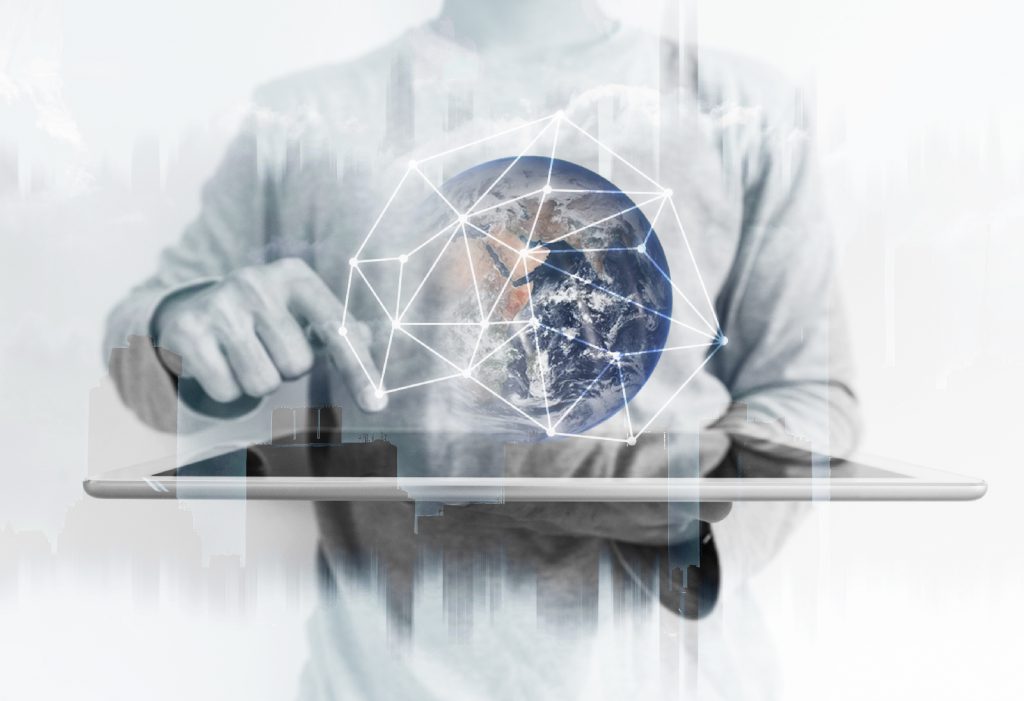 Goal behind the creation of Skynet

Skynet is the new development of Sia, it aims to make it possible for all users to upload information to the network and share the generated link with any other user they wish.
In this way, anyone can access the file without the need to run a full node. Sia’s CEO, David Vorick, explains it in simple words:
“It’s not like the Amazon cloud or the Apple cloud. The person who uploaded the file does not need to initialize it. This means that in this database if one person thinks a file has the right to exist, that file will be available to everyone.
Thanks to Sia’s Skynet, when files are distributed on the network they are stored on other users’ computers, who then have encrypted pieces of information and cannot “see” that content.

How do I upload a file to Sia’s Skynet?

Now that you know what Sia Skynet is, you may wonder how to upload a file to the network. I’ll explain it to you:
– First, go to the Skynet website and upload the photo or document that you want to be part of Sia’s blockchain network.
– When the upload is finished you will receive a link that you can share through the channel you want (social networks, mail, chats, etc.).
Simple, fast, private, secure and with a worldwide reach. Although I have yet to name one feature: cheap.

According to Vorick, the cost of storing information on Skynet is approximately $5 per terabyte per month. This sounds ridiculous compared to the services offered by other companies.
For example, in companies like Dropbox or Mega the cost of storing one TB is around 35 to 50 euros. And besides, Sia does it anonymously and without depending on centralized entities that can exploit your data behind your back.

For Skynet to work as it does on Sia’s blockchain, two important developments were necessary. Firstly the server-type modules called “Portals” and secondly the links to content called “Skylinks”.
Let’s quickly review these two concepts:
Portals are the bridges between Sia and the world, and they are responsible for the convenient storage of information in Sia. Thanks to the portals we can send and access all content on the Skynet network.
The Portals are the ones that allow us to store information in Sia in a comfortable way. You can leave them publicly and provide a Skynet service for everyone if you publish them on an online server, but you can also use them without exposing them to the Internet (for example on a local network for your home or office).
Each person can create their own portal or use third party portals. Currently there are 10 portals, so you don’t need to create your own to access the content. But if you want to make sure that your content is always available to everyone, the best option is to create your own. This way you can also contribute to making the network stronger and more powerful.
The other development is Skylinks, which we have used before when explaining the uploading of files to Skynet.
Skylinks are the links that show us the path to access the files in Sia so that we can download them.
When we use a portal to upload a file, it gives us a link with which we can request access to our file from this portal or any other public portal that has access to the Sia network.

I hope this article has been useful to know a little more about Sia and its developments. Remember that if you want to invest in this project, which has great reasons to increase its popularity (and its price) in the coming years, you can do it through our platform.