Ethereum is one of the cryptocurrency giants that needs no introduction. On the contrary, it has taken it upon itself to stand out on its own.

As a result, it is widely recognized for its own blockchain capability and smart contracts on its network.

However, like any project in this ecosystem, it is not without issues to improve. An example of this is the high transaction costs (gas fees) charged as commissions, which, at times, reach exorbitant costs.

But always, when problems arise, the community finds solutions and Ethereum has its own mechanism to make them happen.

Therefore, today we will talk about EIP or Ethereum Improvements Proposals, the different improvement proposals planned and implemented by Ethereum.

What is Ethereum Improvement Proposals?

Ethereum Improvement Proposals (EIP) are documents made by developers or the community that specify potential new features or processes for Ethereum.

It is therefore an effective method for including the community in the governance and design of Ethereum, as well as in its effective maintenance. It was first used on October 27, 2015.

This idea was born from the BIP or Bitcoin improvement Proposal, whose objective is to contribute to the improvement of the structure or functioning of Bitcoin.

It was Amir Taki and Luke Dashjr, who created this document based on the experience of the Python community.

All Ethereum users have the ability to create an EIP. The only thing they must comply with, is the following structure in its format:

Subsequently, it is presented to the community, where, for its application, it will have to obtain the consensus of the community by means of an explanation if there are doubts or positions against it.

Certainly, as we can see, it has a high technical demand, so, historically, most of the authors of EIP have been application or protocol developers. 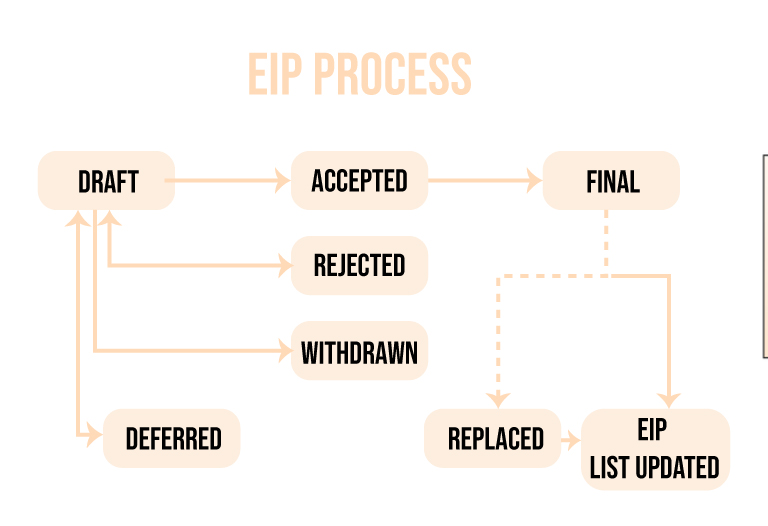 What are the phases of an EIP?

Previously, we mentioned, in a simple way, that its process consists of: writing it, presenting it to the community and waiting for consensus.

However, 6 phases can be visualized in your publication:

There is also an end (core) where the core developers decide to implement it as a hard fork.

In addition, we have other states:

There are three types of EIP (Ethereum improvement proposal):

It is the most wide-ranging type of Ethereum EIP, as it affects most or all of Ethereum’s functionality.

Therefore, it includes changes in the network protocol, block or transaction validity rules, proposed standards and application conventions, among others.

It can be subdivided into four:

They may propose an implementation or feature on some process.

They are similar to the standards-following EIPs, but differ in that their changes are to the tools or environments used in Ethereum development.

Similarly, it does not affect the Ethereum code base and requires community consensus.

It can be defined as recommendations that provide guidelines or grant data to the Ethereum community, but, in itself, it does not propose anything new. 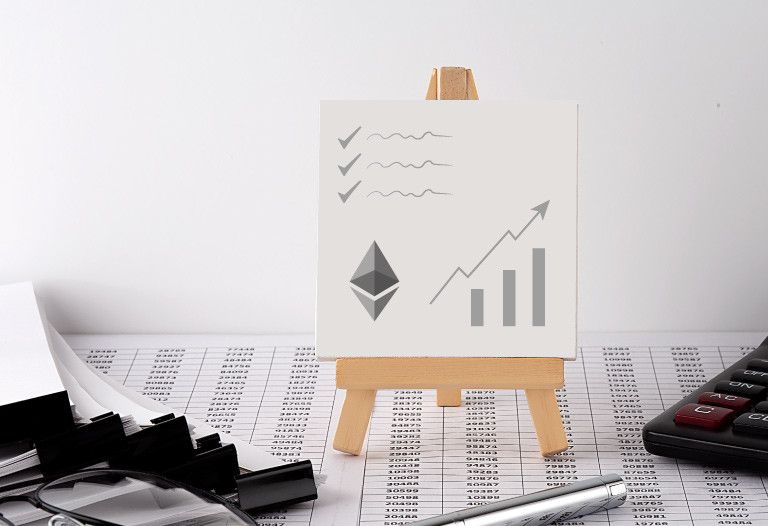 We hope you found this brief tour useful!

If you want to read more about the promising EIP, you can read our article on EIP 1559, the Ethereum update that seeks to change Ethereum’s fee structure.

If you want to become part of the Ethereum community, you can do it by acquiring ETH with us! 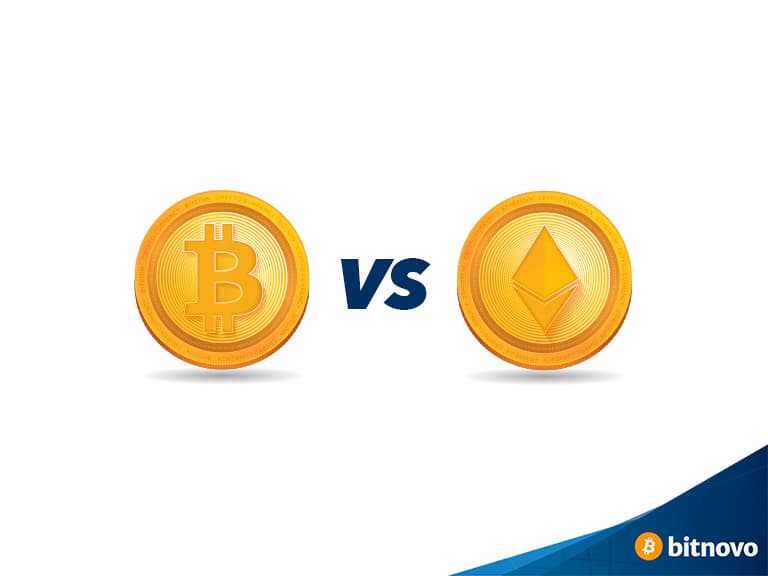