22 years after the birth of the first cryptocurrency in history, the crypto ecosystem has seen the amount of alternative cryptocurrencies to bitcoin expand like wildfire. So much so that, to date, they exist in the digital currency market more than 8,000 cryptocurrencies.

As you can imagine, each crypto was created for a specific use and has its own history… but some have a very special history and purpose…

That’s why today I want to surprise you and talk to you about a very, but very peculiar crypto… so peculiar that it was created for fun and satire… Today I’ll tell you what is DOGECOIN!

Dogecoin is an altcoin, an alternative currency to bitcoin, created by a joke that went viral in 2013, whenBilly Markus, an American programmer who worked as an engineer at IBM, launched a satire on bitcoin and invented the token of “dogecoin”, with the intent to make fun of the “crypto fever”.

Dogecoin’s (not so joking) history

In December 2013, when a Bitcoin was worth $1,083.14, Billy Markus and Jackson Palmer thought that cryptocurrencies were taken too seriously, that they had to be fun and not just related to money. So on December 6, 2013, they decided to create their own currency (DOGE) whose logo is one of the most popular internet memes: a Shiba Inu dog and the way it is written and pronounced is taken from a puppet show on the Internet. 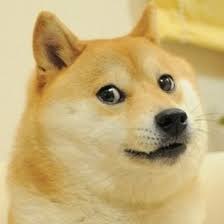 Sound familiar to you? I’m sure you know what I’m talking about 😉

No one, nor its creator, would have thought that it would take seriously a cryptocurrency that had a Japanese dog meme as its logo, but, to everyone’s surprise, that crypto ended up reaching multimillion-dollar figures.

Unexpectedly, its currency began to expand through forums on the Internet and 15 days after launch its value multiplied by 300.

How does Dogecoin work?

Dogecoin develops from the open code of Litecoin and is based on a bifurcation of Litecoin (LTC) called Luckycoin.

Like Bitcoin, Dogecoin uses a blockchain in which blocks are validated by master nodes via Proof-of-Work (PoW).

Therefore, Dogecoin bases its technology on the Bitcoin Blockchain and structures its platform on the open code of Litecoin, improving the ability to generate blocks (these are generated in just 60 seconds).

The two algorithms that Dogecoin uses are Scrypt and SHA-256, allowing any computer to mine Dogecoins.

Dogecoin (DOGE) was created as a cryptocurrency closer to people and as an alternative to bitcoin, although it became an asset analogous to the Litecoin currency. However, the two have some differences. Let’s see what they are.

Among the advantages that make Dogecoin a cryptocurrency with a promising future we find the following:

If Dogecoin has differences with his cryptocurrency ‘homologous’, it certainly has features that also differ from Bitcoin. Let’s see what are the main differences between Dogecoin and Bitcoin.

In fact, having no supply limits, it is completely normal that Dogecoin does not have significant price fluctuations, as happens for bitcoins or other currencies that have limited supplies.

However, there are about 128 billion Dogecoin in circulation right now. This makes it perfectly useful for small transactions. That’s why this cryptocurrency is increasingly being used to make donations.

As we have already anticipated, Dogecoin is based, like bitcoin, on Proof-of-Work algorithm for its mining.

To create a new currency (process called in technical jargon: ‘mining’), computers that form network nodes must validate transactions by solving mathematical puzzles in exchange for a reward. In the case of Dogecoin, the reward for the validation of each block is 10,000 DOGE.

Thanks to the absence of the maximum supply limit of units and thetransaction confirmation speed ( blocks are solved in a record time of 60 seconds), wo that Dogecoin is considered by miners a very interesting choice for the mining process.

In addition, as we have seen, the mining of Dogecoin does not require very powerful equipment to extract it. This makes mining practically accessible to everyone.

There are 4 types of wallet that we recommend to keep your Dogecoin and offered by the Dogecoin official website. Let’s see what are:

Where To Buy Dogecoin

You can get your DOGE tokens in one of the Exchanges offering this type of cryptocurrency. Searching on the internet you will surely find many websites specialized in the sale of Dogecoin.

How to say Dogecoin?

We are already at the end and I would like to conclude this post with a curiosity…Do you know how to say DOGECOIN?

Well, if you don’t know here you have the answer 😉

Finally, I leave you some additional resources if you want to delve into the most fun currency of the crypto universe. 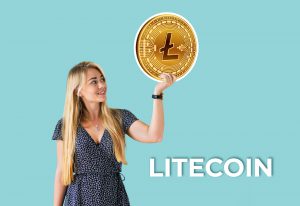 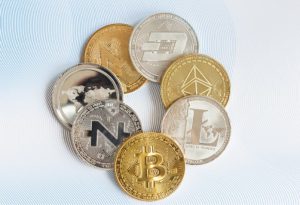 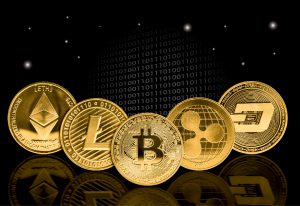