To have a general idea we must know that a Hash is the result of a Hash Function. Hash Functions are a type of cryptographic operation created, so they would be unique identifiers. These identifiers are derived from the information extracted from each blockchain block.

The main purpose of Hash functions is to encode data in order to create a unique string of characters. A function can be created regardless of the amount of data implemented in it. These hash functions are mostly used in blockchain technology bringing more security to the blockchain.

Who created the Hash functions?

Hashes began to make sense in 1953 when Hans Peter Luhn, a German computer scientist, thought of a way to quickly find documents and validate them. However, it was not until 1961 that the first hash function was developed. Wesley Peterson developed the Cyclic Redundancy Check function.

The main purpose of this function was to check the data being transmitted over networks such as the Internet. This feature achieved wide adoption due to its ease of implementation and is still an industry standard today.

Subsequently, new functions continued to be created from the development of the first one. Among these functions, MD2 stands out. This was created by cryptographer and MIT professor Ronald Rivest in 1989. The function was one of the first cryptographic functions and provided a high level of security on the Internet. MD5 was created from this function and is implemented in environments where security is not the main objective.

In 1992 the European RIPE project created the cryptographic hash function RIPEMD. This function was intended to replace the MD4 function.
Today it is still considered a highly secure standard, especially in RIPEMD-256, RIPEMD-160 and RIPEMD-320.

In 1993 the NSA created SHA, the current standard for cryptographic hashes. The purpose of its creation was to authenticate electronic documents. Currently, this function and its derivatives are considered the most secure to date. Among its derivatives we can highlight SHA-256 as a fundamental technology that paved the way for the existence of Bitcoin.

How does a Hash function work?

Hash functions, as expected, work on the basis of logical and very complex processes. Such logical processes are usually run from a computer from which any set of data is taken and processed after being entered into the function. But… What does the function do?

This process seeks to obtain a series of characters that have a fixed and unique length for the data entered. It should be noted that it is impossible to perform this process in reverse, that is. we cannot process the results of a hash function to obtain the initial data. Because of this, it is understood that the process of creating hashes is a one-way process.

Being a one-way process allows us to create proofs of authenticity. If we create a document and submit it to hashing we will get an irreversible result. If someone edits, copies or modifies the document the hash will change so we will always know when a document has been modified.

In terms of security, hash functions are extremely secure. This is because they are created to improve the security of digital information. Their main purpose is to keep attackers away and prevent them from carrying out attacks on the information that the hashes are intended to protect.

These high levels of security come from features such as those found in the world of cryptography. Both technologies are based on the same concepts. However, it should be noted that hash functions are not completely unbreakable.

To get an idea, we can use the example of the MD5 function. This function provided outstanding security and its use was extended to the entire Internet. However, in 1996 it became obsolete, since the security of the function was broken.

Currently there are functions such as RIPEMD-160 and SHA-256 which guarantee high security based on the complexity of their operation. In case we are not convinced by their reputation for security, we can consider what it would take to break them. It would only take thousands of years and today’s supercomputers working non-stop. So yes, you can say they are unbreakable.

Although the latter functions ensure the high security required, new ways of ensuring security in digital processes are still being investigated.

It is easy to recognize a Hash function by its characteristics. Here are some of the main ones.

In short, Hash functions are very useful in the digital world. Because they are fast and efficient, unique and computationally inexpensive, Hashes have become the centerpiece of cryptocurrencies.

In the Bitcoin whitepaper, Satoshi Nakamoto explained in detail why Hashes are used for cryptocurrencies and how to use them. Since the launch of Bitcoin the blockchain technology has totally evolved, however, parts of it still remain. Among them the use of Hashes and cryptography, as they are strong tools that protect the security of the network. 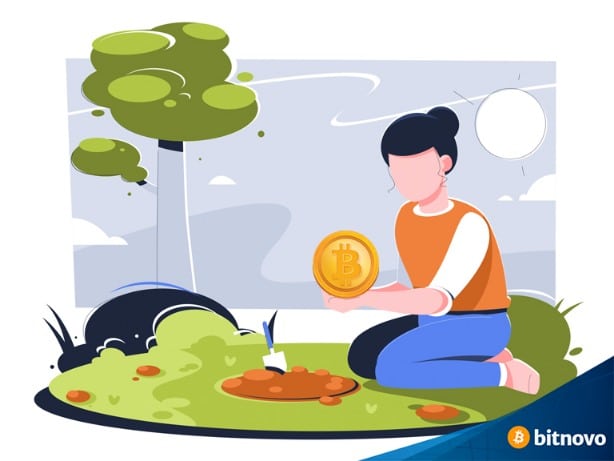