‘Bitcoin Cash is a peer-to-peer electronic cash system. It is a decentralized cryptocurrency without permits that does not require trusted third parties or a central bank.’

Today there are more than 2.000 cryptocurrencies in the market, although, since entering the Market Cap, Bitcoin Cash – the ‘Bitcoin Hard Fork–  has always attracted considerable attention from the bitcoiners community.

What is Hard Fork? 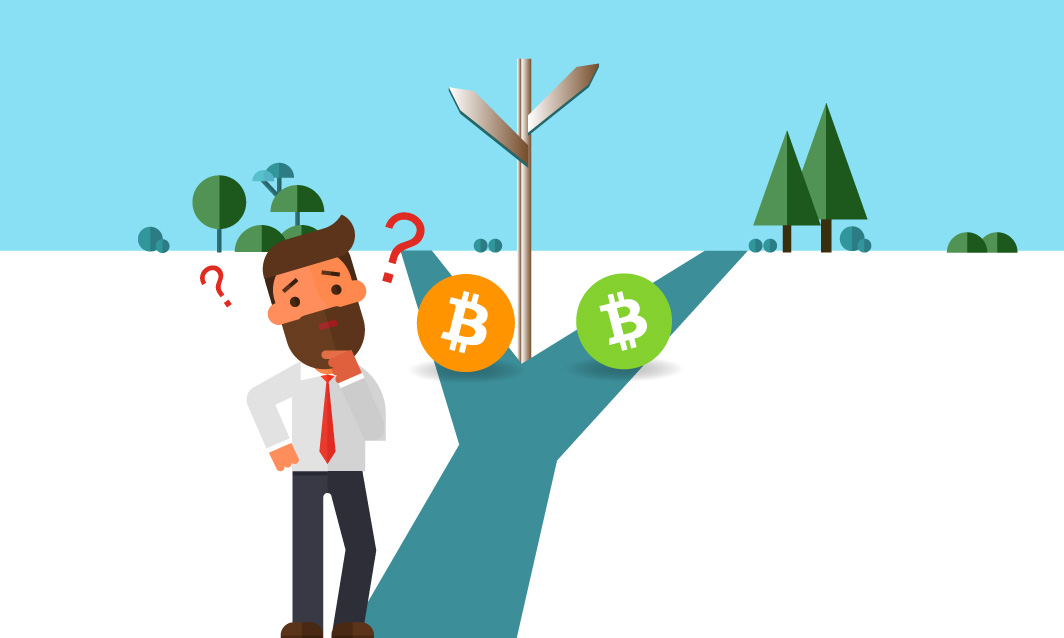 Before talking in-depth about Bitcoin Cash and its creation, we will quickly explain what a blockchain Hard Fork is, to better understand the nature and main characteristic of Bitcoin Cash.

The new chain created will be subject to different rules from the original, while the original one will maintain its characteristics.

After the fork, the two chains and the respective transactions are no longer compatible, but the blockchain in which the transaction history occurred until the fork is maintained.

In addition, after the fork, all holders of the original token will have the equivalent of the new currency generated with the Fork.

This means that, if a user owns 20 bitcoins, after a fork he will keep 20 BTC and, at the same time, he will get 20 tokens from the new cryptocurrency created after the Hard Fork.

If you want to deepen the meaning and characteristics of a Hard Fork, we advise you to read the article dedicated to this topic:What is a Hard Fork and what are its effects?

Well, the creation of the Bitcoin Cash (BCH) token is surely one of the most significant examples of Contentious Hard Fork.

In the next paragraph, we will see how Bitcoin Cash was born and what characteristics differentiate it from the first cryptocurrency in history: the Bitcoin.

How BITCOIN CASH was born

Bitcoin, the famous cryptocurrency in circulation, has now undergone very rapid growth, a trend that will most likely continue in the near future, despite very significant fluctuations.

However, this increase highlighted some technical limitations of the virtual currency and its infrastructure, so a fork became necessary.

It was on August 1, 2017, when a group of miners, developers and investors decided to start a “fork” of the original Bitcoin blockchain, from block 478558, from which the new Bitcoin Cash token was born.

In this paragraph, we will discover the main features of this token and how it differs from bitcoin. 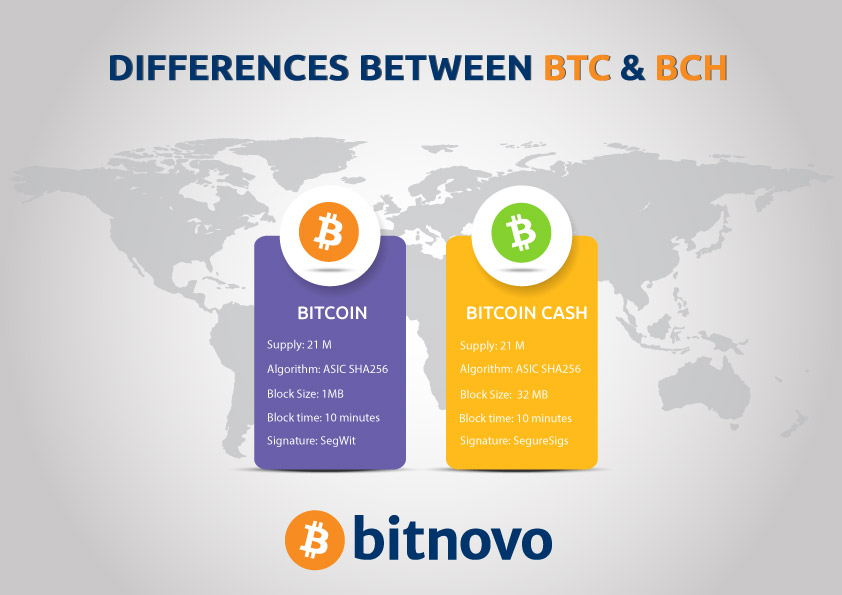 One of the main differences between bitcoin and Bitcoin Cash lies in the fact that bitcoin supports 1MB blocks, while Bitcoin Cash reaches 32MB, which means it can support more transactions per second and lower commissions.

Therefore, this feature attempts to solve two of the limits of the Bitcoin network:

SHA-256 is a cryptographic hash, a type of signature for transactions that ensures their security.The type of algorithm used by Bitcoin Cash is the SHA-256, the same used by the Bitcoin network.

The Segwit or Segregated Witness is a scalability protocol that resulted in an update of the Bitcoin software, trying to solve one of the weak points of the Bitcoin network, the malleability of transactions.

In the Bitcoin Cash network, Segwit has not been used and each transaction contains its own unique digital signature.

Among the other features of Bitcoin Cash are the Signature Hash, a new transaction signing system that will improve the security of the hardware wallet and eliminate the problem of quadratic hash.

Surely the launch of a new token like Bitcoin Cash opened a long debate between who sees this cryptocurrency as a good alternative to bitcoin and who looks with some concern at the effects that could affect the first crypto in history.

The future hasn’t been written yet but, at some point, will reveal the fate of this token.

If you want to learn more about other interesting cryptocurrencies and their future updates, stay tuned to our blog! 🙂 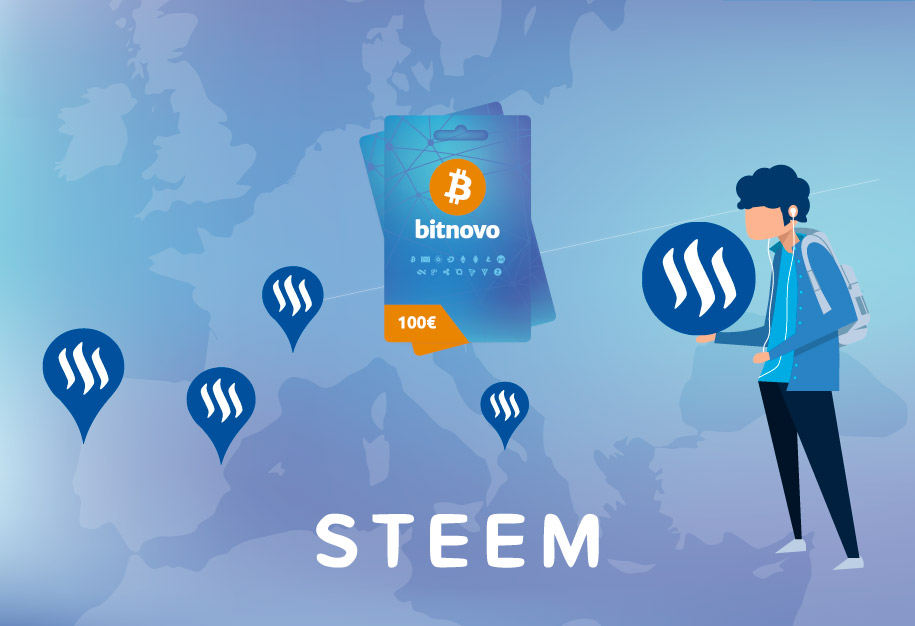 How to buy STEEM 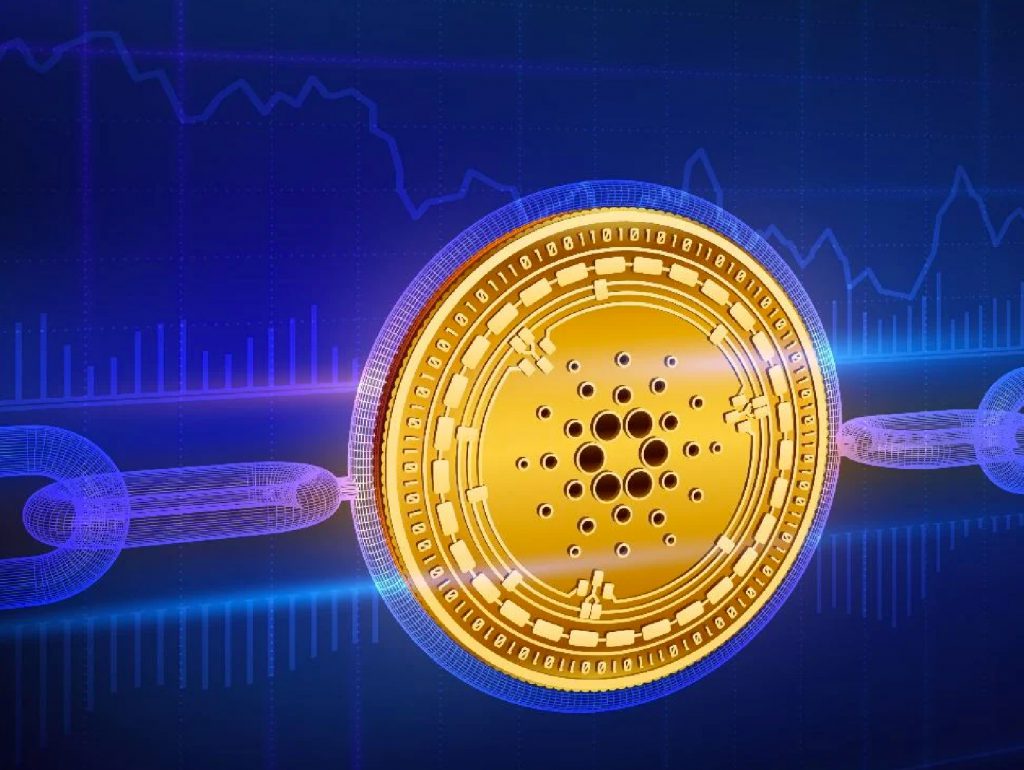