The race for the incorporation of cryptocurrency utilities in mobile devices has already started. However, the launch of the new Samsung Galaxy S10 will be a milestone in this process.

For some time it has been said that the new Samsung smartphone will incorporate a wallet for cryptocurrenciess. In the early hypotheses it seemed that this mobile device would only support Ethereum.

According to the official statement released by the company, the smartphone will include Samsung-Knox secure hardware-supported storage that will host private keys for mobile services, which run on a blockchain platform.

How the wallet will work

Surely the Samsung Galaxy S10, S10+ and S10e models will have cryptocurrency storage hardware. This hardware is called Samsung Knox. Working as a cool model, it will be able to store crypto and manage user keys without an Internet connection.

Everything points to the wallet to have the possibility of storing different currencies, in the official presentation we could see the Bitcoin (BTC), Ethereum (ETH), Enjin Coin (ENJ) and Cosmo Coin (COSM) logos.

In any case, it will not be the only manufacturer and supplier of mobile phones to launch a device with BlockChain functionality.

HTC produced Exodus 1 and marketed it as a “smartphone built for this new Internet“. Sirin Labs also built Finney late last year after a successful ICO. This smartphone also has a large-scale cryptographic wallet. In any case, these were very specific devices.

On the other hand, there is the possibility of using a smartphone as a storage medium. This use, offline, would generate private keys and start with applications like Parity Singer 2.0 for storing and signing transactions within the network.

However, the important thing is that Samsung expects this addition as the flagship of its mobile devices. That is, bet on the total integration of the use of cryptocurrencies in the smartphone.

In the pre-sales phase, these mobile devices will begin to be marketed next March 8th. 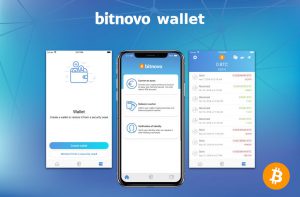 Now we’ve got it all! We welcome Bitnovo bitcoin wallet! 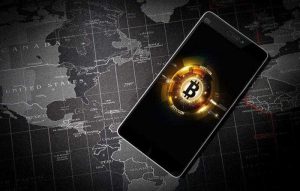 The New Smartphone You Can Only Buy With Bitcoin