Mining is a fundamental factor for the existence of cryptocurrencies as we know them. So fundamental, that it is updated all the time and needs to be constantly explained to know precisely how to mine Ethereum or Bitcoin.

In this article we will offer a guide to understand the key points to keep in mind when mining Ethereum.

Why Ethereum? Because apart from being an amazing project, their coin is a bit easier to mine compared to the difficulty in mining Bitcoin.

Before developing the article, I want to tell you that a player from the Colombian Soccer Team has contacted us, waiting to read about this topic.
Here I leave 3 options for you to guess who it is:

I trust that I won’t have to provide the answer at the end of the article (although I will anyway).

To put it simply, Ethereum mining is a process by which complex mathematical problems are attempted to be solved through computing power. By solving these “problems” a so-called “proof of work” is provided for the network, which allows verification of Ether transactions.

Also, in exchange for doing this job successfully, miners are rewarded in Ether and this is the incentive that keeps them motivated to keep doing it.

The more miners doing this work, the problems become more and more difficult to solve and that is why mining equipment constantly needs to be updated to obtain better computing power.

In the case of Ethereum, even that level of difficulty can be accessible to someone who wants to mine from home. That is why we believe it is important that you receive this information and make decisions as soon as possible, even more so in these times when the value of Ether continues to increase significantly.

However, we note that not just any computer can perform mining, as it could take days or even months and not generate significant profits. So we are going to elaborate a little more on the equipment necessary to do it.

Due to the advancement in the mining difficulty of Ether, it is almost impossible for you to get profitable mining with CPU. Imagine that a GPU is at least 200 times faster than a CPU for mining.

So we recommend looking at graphics card costs and power consumption costs when making the decision to mine. This should be compared to the performance of the hash rate, which is the speed at which the math problem will be solved.

That would be the minimum and essential requirement to mine Ethereum, but reality indicates that if you want to make it truly profitable you will have to make a larger investment. For this reason, many users choose to buy several GPU units and build a “mining rig” or “mining rig”, thus increasing their hash rate and consequently the chances of success and profitability.

There are also equipment specially designed for Ethereum mining, such as the ASIC Antminer E3, which, although it carries higher costs, allows to significantly increase the performance of the hash rate. 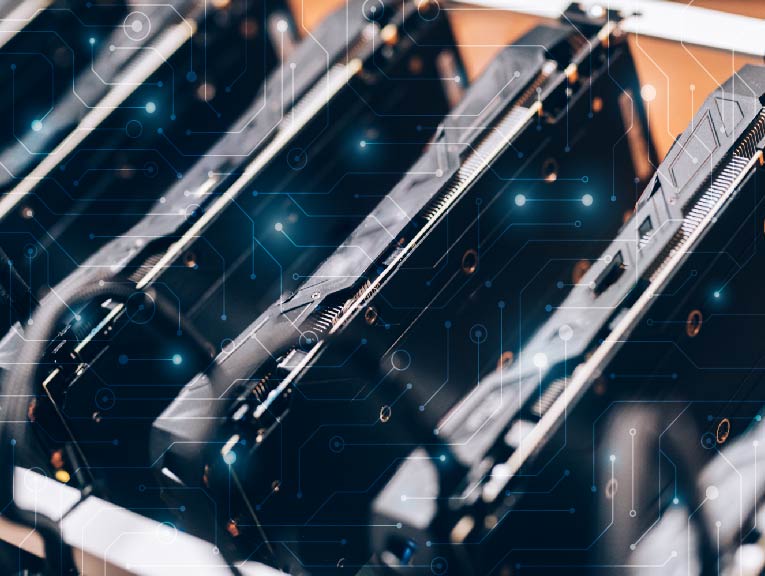 When you have determined which hardware is the most convenient and decide to buy it, the installation process of the software required for mining begins (that is, the program that will allow you to mine Ethereum).

Our recommendation is that if you are just starting in the world of mining, you consult an expert on the subject or simply dive through all the information available on the internet, which is increasing in this regard.

In summary what you will have to do is:

– Install the drivers for the graphics cards.
– Configure the node and connect it to the network.
– Install a mining software (Ethminer).

It may seem like a bit of a tedious process but believe me it will be worth it, since in addition to creating your own means of income, you will learn a lot about computing.

Is it profitable to mine Ethereum?

As Andreas Antonopoulos says, to know how profitable a network and a mining equipment is, several factors must be analyzed:

Currently, most industrial miners are opting for countries with cheap electricity (from hydro to solar power) so as not to rely so heavily on price fluctuations for better profits.

There are certain websites that allow you to determine, with approximate certainty, the profitability of mining one or another cryptocurrency if you provide certain data. Here are some of the best known:

I hope that both you and Yerry Mina have found this article useful.

The world of cryptocurrency mining is tremendously broad and we could talk for whole days about mining strategies, mining equipment, more efficient software, etc.

The most important thing is that you have obtained a general and clear picture of the matter, in case one day you decide to transform yourself into a miner (without having to enter a tunnel with a pickaxe).

If you are still not convinced by the idea, don’t worry, Bitnovo will always be available so you can buy Ethereum and many other cryptocurrencies in a simple, fast and secure way.